On Wednesday: Top Model, Idol Results & Make Me a Supermodel

So with Lost skipping a week my Wednesday night suddenly became filled with reality TV to watch. I mean tonight there are two model shows, a singing competition and a new restaurateur race. But at least there was still a new Damages on tonight to make me feel a little better about myself.

YAY the makeover show! This is always a ANTM milestone and one of the best shows of the season. The producers have continuously moved this episode up so that more girls are there. They didn’t disappoint this year, there were tears and screams, but by Cycle 12, a lot of the girls have realized that its inevitable and they just got to take it (Well, most of them). Natalie decided she didn’t want her hair cut so she got nothing. Fo was really upset by her makeover. She is the one who got the “short” cut and she thought she looked butch. I, however, thought she looked really cute and edgy, especially with all those freckles.

The photo shoot was with photographer/judge Nigel Barker and the girls were tasked with “finding their light” by holding flash rods. Some of the girls did really well but others were somewhat drab. Now for the judging, Nole Maron (panel judge from Cycle 1-3) came back after doing True Beauty as a guest judge and he did not disappoint. He was brutally honest with those ladies and it was AWESOME to watch. “Ugh, you look like a hushpuppy”…classic!

In the end, Teyona was the winner for the week and Jessica from Puerto Rico was eliminated.

First, the title of this episode was flawed. At last nights performances, Simon Cowell told everyone that 2 would be eliminated from this first week to bring the number down to 11. Second, I was for once somewhat exciting about other parts of the Results show that were beyond the results themselves. I mean Kelly Clarkson and Kanye performing, announcement of new “judges save” rule; how couldn’t that be exciting? That said, I was not excited about everything. I still cannot stand the awkward group song and had to fast-forward through it as always.

Now here are the two contestants who were eliminated: 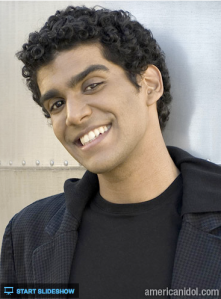 No surprise on those who were eliminated. I am glad that Anoop get’s another chance.

Now with regards to the other parts of the show. Kanye performed “Heartless.” I love that song and his last album was the one that finally converted me. I have had a major issue with his sampling practices in the past but songs like “Heartless” are just cool! Also, I didn’t know that a late-80’s inspired, all-denim getup was acceptable and I would like Kanye to put that outfit back in the closet. Kelly performed “My Life Would Suck Without You.” Having heard the rest of her album already, I don’t think this is the best song on it, but it is her wildly successful single from the album and I understand why she performed it. She definitely has grown as a performer and I look forward to eventually seeing her in concert. BUY HER NEW ALBUM!!

So oddly enough, it was makeover day on Make Me A Supermodel today as well. The contestants first had an extreme artsy photoshoot where they were tasked to portray candy. Just like ANTM, some of the models fell flat and others really shined, creating compelling and artistic photographs.

Following the shoot, the contestants were visited by Tabatha who consultated each of the contestants on a potential new look. CJ was the most averse to the idea, not wanting to change her thin blonde hair. Tabatha didn’t take “no” for an answer and made her an edgy, short-haired brunette.

The catwalk was done in pairs and the contestants did a pretty good job. Candy seemed to be a recurring theme because the models had to carry over-sized lollipops and red vines down the runway with them.

In the end, Branden was the winner of immunity and overly-feminine Chris was eliminated.

One thought on “On Wednesday: Top Model, Idol Results & Make Me a Supermodel”