On a Book: Cinderella – From Fabletown With Love 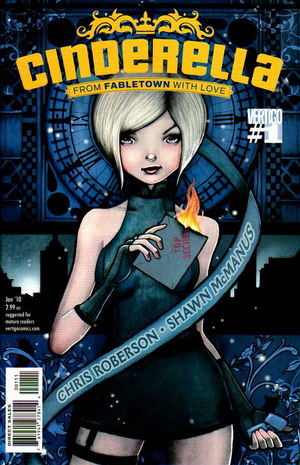 It was only a short time ago that my friend turned me onto the Fables comic series by Vertigo. As of today, I have read every issue that has come out for the series (107), and I love it! I consider it to be one of the most compelling, original, interesting, and exciting comic books I have ever read. The characters are very well-rounded and nuanced, there is a witty comedy throughout the series, and the storylines are intense.

For those who don’t know, Fables was “created by writer Bill Willingham [and] deals with various characters from fairy tales and folklore who have been forced out of their Homelands by ‘The Adversary’ who has conquered their realm. The Fables have traveled to our world and formed a clandestine community in New York City known as Fabletown. Fables who are unable to blend in with human society (such as monster and anthropomorphic animals) live at ‘The Farm’ in upstate New York” (Wikipedia)

Now the series has evolved a bit since the Wikipedia description was written. The Adversary has been defeated, Fabletown has been destroyed, the Farm has been abandoned, and the new evil Mister Dark is preparing to attack the Fables new home in Haven. But to the reader, the series has only gotten more and more interesting.

Wow, reading that back I just realized how crazy a comic series synopsis must sound to those who don’t read it too. It must appear completely ridiculous, haha!

Cinderella: From Fabletown With Love was a short six-issue limited series spin-off of the main Fables series, which was released in the 2009/2010. I only just got around to reading it, so it felt a bit out of place compared to where the overall series is, but even still, it was a good read.

In it, Cinderella (that’s right, the glass-slipper-wearing, prince-charming-marrying, evil-step-sister-having Cinderella) is a covert spy for Fabletown who is assigned the mission of tracking down the culprits responsible for the illegal smuggling of magical items into the Mundy (Mundanes – it’s what they call normal human beings) world. On the trail, she runs into the Arabian fable, Aladdin, and the two of them crack the case. I don’t want to give away any of the exciting reveals that take place in the story, so that will be the extent of my synopsis.

Overall, I don’t think the writing was as strong as the rest of the Fables series, but I did find that the writers did a great job at creating a cohesive story while also providing an extensive amount color and history on Cinderella’s spy-filled past. She is quite the intriguing, Bond-esque, femme-fatale, and her snarky, jaded view of the world could only be made possible by her hundreds of years of life experience.

The artwork was good, especially Christie Zullo’s cover art, and the story was simple enough to make it a very easy and entertaining read. It did seem to get a bit preachy at times, but that didn’t take too much away from the fun on the pages.

P.S. – Now I can’t wait to read the sequel to Cinderella’s storyline, Cinderella: Fables are Forever, who’s sixth (and final issue) for the limited series was just released in July.

On a Movie: Captain America – The First Avenger 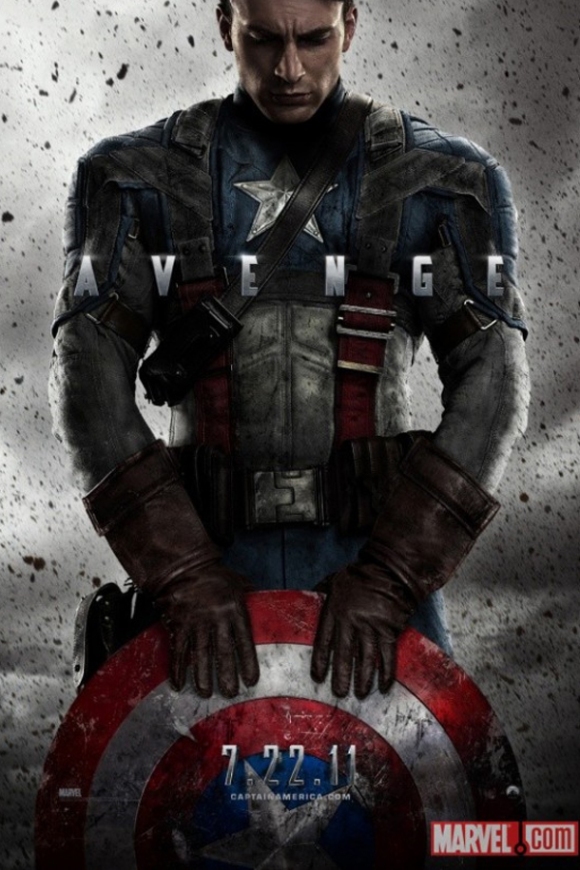 I’m beginning to think that Marvel Studios can do no wrong, and I thought Captain America was no exception.

But as of late, I am beginning to wonder if my love of these movies is stemming from the movie being spectacular, or if the references to the other Marvel movies/comics, and the buildup to my most anticipated movie event of the decade (The Avengers) next year, is amplifying my excitement and enjoyment while watching it, thus biasing my opinion of the movie itself. For a nerdy, fan-boy like me, it is hard to distinguish whether it is the former or latter, or both.

With The Avengers slated for May 2012 (and the amazing teaser at the end of the Captain America credits) I can best liken the Marvel franchise of movies to a television show, with Iron Man proving to be an entertaining and humorous pilot episode, and Captain America being that tantalizing episode before the earth-shattering and epic season finale.

So attempting to put my biases aside, I still thought Captain America – The First Avenger was an exciting, poignant and all-around entertaining summer flick. Chris Evans was surprisingly good in this movie. I gained a lot more respect for him after his performance in Sunshine in 2007, and I think this superhero role fit him much better than the Human Torch in Fantastic Four. And Hugo Weaving was perfectly cast at the Red Skull.

Following Thor in May and its post-credit showing of the Cosmic Cube (which made me giddy with excitement at the time), it was interesting to see that the plot of Captain America provided some history of the object leading up to that post-Thor scene. When I saw that initially, I believed the Cosmic Cube would play into the plot of a future Thor film, especially since they show Loki in the scene, but I am not upset that the tesseract became the catalyst for HYDRAs attempt at world domination and the events of Captain America – The First Avenger.

Overall, there was a good blend of fanboy shout-outs, comedic moments, action, and character development. I really liked the art direction of the film and the way they portrayed 1940’s America during World War II. And I felt there was a good emphasis on character-driven storytelling rather than being completely plot focused. The action almost seemed secondary in the film, and I would call that a good thing (but the action was still awesome!).

Final question: Which one of the Asgardian realms do you think Red Skull got transported to?